Andy (@LetsTalk_FPL) casts his expert eye over Gameweek 28 ahead of the 2021/22 Fantasy Premier League season. What are his main FPL tips this weekend? 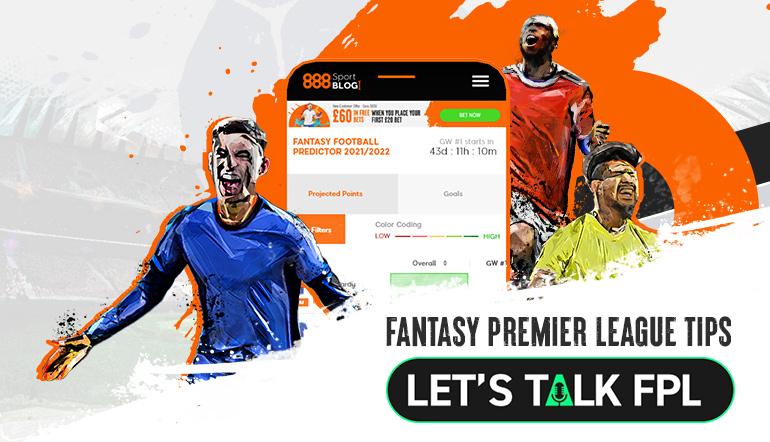 If you Free Hit in Gameweek 27 it probably didn’t go quite to plan.

Fear not, we go straight from disappointment into ANOTHER Double Gameweek. Let’s get into some of the key talking points for Gameweek 28.

Chelsea’s fixture against Norwich in Gameweek 30 has been rearranged to Gameweek 28.

This means they’ll now play Norwich (a) in addition to Burnley (a) which was already scheduled for that week.

Chelsea’s fixture run looks incredible. They will blank in Gameweek 30, but outside of that they have a Double Gameweek 28, then play Newcastle, Brentford, Southampton, and Leeds United in Gameweeks 29, 31, 32 and 33.

Because they have two other fixtures to rearrange, they will have at least another two Double Gameweeks after Gameweek 30 as well.

The big question is which players do we bring in? Antonio Rüdiger (£6.1m) is probably the safest option in defence having missed one league game all season, back in Gameweek 8. Outside of that he’s played 90 minutes in every single match.

Thiago Silva (£5.6m) is a slightly cheaper option and although he has been somewhat of a rotation concern, especially with games in quick succession he has been playing a lot recently.

He only missed time over Christmas due to injury, although that possibly crept up on him because of all the minutes he had been playing. If you can afford Rüdiger then I’d probably still spend the extra, but if Thiago Silva can stay fit he could prove to be a bargain.

If you want someone more attacking then Reece James (£6.2m) is now back from injury and played 70 minutes in the Carabao Cup Final as well as 15 minutes against Luton in the FA Cup.

It’s worth noting that Tuchel did say that they weren’t recommended to play him for as long as they did in the FA Cup so he may be somewhat overloaded, but he is definitely the long term pick with four goals and five assists already this season.

I think you just have to be prepared that he may miss one of the three games over Gameweek 28 and 29.

Marcos Alonso (£5.6m) is to Reece James what Thiago Silva is to Rüdiger. A decent option, but you should really pay the extra if you can.

Alonso definitely has some positives right now in that he’s not back from a long term injury, but if Chelsea play a back four at any point we may see Malang Sarr (£4.9m) play left back instead of Alonso.

In attack I would say Chelsea have a lot of options, but at the same time I wouldn’t be surprised if they miss a game at any point.

The problem with easier fixtures is that while there’s more potential points on offer, they also give the manager an opportunity to rotate.

Kai Havertz (£7.8m) looks like a great option in midfield for the more maverick FPL managers. He has started a lot of important games recently, and it was telling that Romelu Lukaku (£11.5m) played the Luton game while Havertz got a nice break.

Mason Mount (£7.5m) is usually regarded as the most nailed Chelsea attacking option.

Outside of injury he’s only been benched in one of the last eleven league games, and scored a hat trick last time he played Norwich. He’s probably the safer pick over Havertz for the long term.

At the time of writing we still have to wait for Everton to play Boreham Wood before the FA Cup results are finalised, but we’re starting to get a picture of how Gameweek 30 will look.

I’ve mentioned before that any Premier League team that advances from the FA Cup 5th round will not be able to play their Premier League fixture in Gameweek 30, and of course that means their opponent can’t either.

For now we have four confirmed games:

If Everton beat Boreham Wood, their fixture against Watford will also be called off. If they lose it will be on.

This is important to pay attention to as some of your transfer targets may not have a fixture in Gameweek 30. For example, any Chelsea players from above would not play that week.

The fact that Spurs lost to Middlsbrough and West Ham lost to Southampton in the cup means their game is going ahead as originally scheduled.

This now makes Spurs options much more enticing as they get to play Everton (h) in Gameweek 28, have a Double Gameweek in 29, then play in Gameweek 30.

They also have a great fixture schedule to end the season, as well as at least one more fixture to rearrange into a Double Gameweek.

As ever, the obvious options are Harry Kane (£12.3m) and Heung-Min Son (£10.8m). I think for most people the double up will prove to be too expensive, but if you can manage it, I’m not completely against it.

If you can only afford one then there’s not a right or wrong answer. Son is £1.5m cheaper which could be beneficial to the rest of your squad, but he does take up a midfield slot at a time when there’s lots of good midfielders.

Kane on the other hand takes up one of your forward slots and at times it’s been a struggle to fill them.

Outside of these two you could look at Eric Dier (£4.6m) in defence. I’d prefer one of the wing backs but I think there’s too much risk with rotation.

If you wanted a cheaper attacking option then Dejan Kulusevski (£6.0m) has started the last four league games and already has two goals, one assist to his name and could be a bargain going forward.

Diogo Jota (£8.3m) is another player back from injury.

There’s a bit more competition for starting spots at Liverpool these days, but with Roberto Firmino (£8.7m) injured, there’s definitely reason to look at possibly bringing Jota back into your side for their Double Gameweek in Gameweek 29.

Raúl Jiménez (£7.5m) is one of those players you expect to see in the lineup every single week. In Gameweek 27 that wasn’t the case though, he was benched against West Ham.

This would probably be enough to put me off buying him at this point, even with a Double Gameweek this week and a fixture in Gameweek 30. I’m going to keep as I already own, but it probably won’t be too long until I start looking to sell.

I don’t think we’re going to see him benched regularly, but given he has two goals since Gameweek 13, there are probably better options out there.

Alexandre Lacazette (£8.3m) is someone I would look at for a similar price. If you want to go a bit cheaper than Armando Broja (£5.5m) and Che Adams (£7.0m) are both strong contenders, but keep in mind they won’t play in Gameweek 30.

Could we really sell João Cancelo (£7.1m)? It’s something I’ve already done and I see other FPL managers thinking about it. It feels crazy right?

Only Trent Alexander-Arnold (£8.5m) has scored more points for a defender this season.

The main issue is he’s quite expensive and in the next five Gameweeks he faces Man United (h), Crystal Palace (a), Blank Gameweek 30, Burnley (a) and Liverpool (h) with no Double Gameweeks in sight.

I don’t think holding him is a bad move, we’ve already seen five double digit hauls from him this season.

But when there are other defenders such as Liverpool and Chelsea who have upcoming Double Gameweeks, as well as decent fixture runs, there’s a case to cash in for now.

You can always buy him back, although if you brought him in early, it’s going to cost you a bit extra.

About the Author
By
Let's Talk FPL 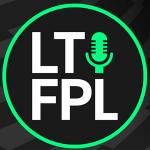 Let's Talk FPL is a proven fantasy football expert, with an excellent track record and knowledge of all things Premier League.

With over 150,000 subscribers on YouTube and 100,000 Twitter followers, Let's Talk FPL is one of the most prominent names in the fantasy football community.