From Wembley To Miami: Taking Sport On The Road

La Liga's recent attempts to host a Spanish league match in the United States has raised questions once again about the benefits of reaching out to a wider audience, but also the cost of neglecting local crowds.

Football is more reluctant to adopt this approach beyond prestigious international friendlies taking place in neutral venues, but there are many other sports that have been willing to allow regular-season matches and stages to hit the road and attract a new audience.

This one looks like it won't happen, much to La Liga's dismay. A 39th Premier League match was mooted a few years ago, a proposal that would have seen an entire round of fixtures take place in undetermined neutral venues outside of England.

The logistics of such a plan made it unworkable, possibly inspiring La Liga to suggest a more streamlined version of taking the league overseas.

Taking just one fixture, namely Girona vs Barcelona, to the United States would open up La Liga to a new market, while demonstrating the viability of staging games abroad.

The Premier League is now readily embraced by the lucrative market of the United States, NBC's broadcasts attracting a record audience of 39.3 million.

La Liga are seeking to emulate that growth in popularity. The initial rejection of a proposal that included heavy subsidies for fans has now been followed by a petition driven by La Liga.

Barcelona wouldn't consider such a trip a disadvantage, but then being 1/4 favourite to win La Liga offers a certain luxury. It is the adverse effect that it would have on Girona that has prompted mass criticism.

Denying Girona a home fixture could have an unquantifiable but profound influence on the final league table, as well as robbing Girona fans the chance to enjoy a home match against the country's foremost side.

Similarities with American football has perhaps reduced the Stateside market for rugby, with NFL scratching most Americans' itch for both watching and playing contact sports.

Yet, as CNN reported in 2017, rugby is on the rise in the USA. It needs to keep rising, too, with the USA and Canada set to host the 2025 Rugby League World Cup.

Efforts are being made to create a groundswell in the popularity of rugby to ensure that audiences are passionate and informed by 2025, with England's 36-18 triumph over New Zealand in Colorado in June a step in the right direction.

An attendance of 19320 appears modest, but it surpasses the crowd that witnessed the same fixture in Hull in October by 2000.

If rugby league can break the American market, it could be crucial for the success of the rugby variant that is often overlooked in favour of its union counterpart.

Attracting two legendary rugby nations in England and New Zealand is a coup, although plans to repeat the American fixture in the coming years have been cancelled due to a lack of payment to both teams.

There needs to be sufficient incentive to encourage players to travel such a distance for one match, so this could be an opportunity missed for rugby league in the USA.

The intention of hosting NFL games abroad is to grant American football greater exposure to a global audience. Yet for many British sports fans, the more immediate effect of NFL at Wembley was felt when the stadium reverted to its primary purpose.

Of course, that is a consequence of mismanagement of Spurs' move to a new ground rather than a criticism of NFL abroad. The game itself was an unmitigated success, demonstrating the United Kingdom's growing appreciation for American football.

Creative seating boosted attendance to a record 85,870, with the NFL reaping the benefits of a prolonged presence in London. This was the 24th match in the British capital since 2008.

In 2014, Deloitte reported that an NFL London franchise could provide a £100 million boost to the British economy each year.

Fans flocking to watch lesser giants in the NFL bodes well for that proposal to become a reality, with odds of 22/1 and 66/1 for Eagles and Jaguars respectively to win the Super Bowl in 2019 reflecting that British fans are hardly being given the cream of the crop.

Taking the Tour de France seems to contradict everything that the cycling event stands for, but there have often been stages held outside of France.

The first three stages of the 2014 Tour de France took place on British soil, with the world's most famous cycle race completing the illustrious route from Leeds to Harrogate on its first day.

York to Sheffield and Cambridge to London followed on subsequent days, before normal service was resumed as the cyclists headed to France.

Heading to Leeds in 2014 was timed perfectly to generate interest in cycling within the region, with 2.5 million people flocking to watch the Yorkshire stages.

The following year, the inaugural Tour de Yorkshire took place. The event is not so subtly influenced by the Tour de France and has gone from strength to strength with each annual iteration.

As for the 2014 Tour de France, perhaps starting in Leeds was bad luck for British riders. Vincenzo Nibali ended with the yellow jersey, the only year since 2012 in which a British rider hasn't prevailed.

The 2019 race will start in Brussels and not Yorkshire, which bodes well for Brits Geraint Thomas and Chris Froome, who rank among the favourites for the yellow jersey.

In May 2018, Mexico hosted its first regular-season matches for 19 years as San Diego Padres and Los Angeles Dodgers took their three-game series to Monterrey.

The venture rekindled suggestions that a Mexican franchise could enter MLB in the future. Monterrey had been proposed as a venue for a side back in 1994, with the city mooted alongside Montreal as an international expansion for MLB.

The success of this series has encouraged future MLB trips to Monterrey, with six different sides set to travel to Mexico in 2019.

There is certainly a demand for MLB in Mexico. Baseball players of Mexican heritage are cheered affectionately from afar, while the Estadio de Beisbol in Monterrey sold out its capacity of just over 22000 with remarkable speed for each match.

American sport cannot be criticised for being insular. Three Canadian sides participate in MLS, while the Toronto Raptors are in the NBA. It is inevitable that the country looks to its southern border next to expand sporting audiences.

These examples of other sports embracing new environments almost make it inevitable that a major European football league will endorse taking a game overseas, most likely to the United States.

While the financial benefits may be substantial and the new crowds may be welcoming, long-suffering local fans will find it hard to take.

*Odds subject to change - correct at time of writing* 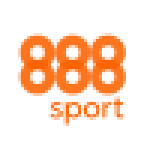