Our racing expert looks at the top Savills Chase trends to follow ahead of the 2021 renewal at Leopardstown... 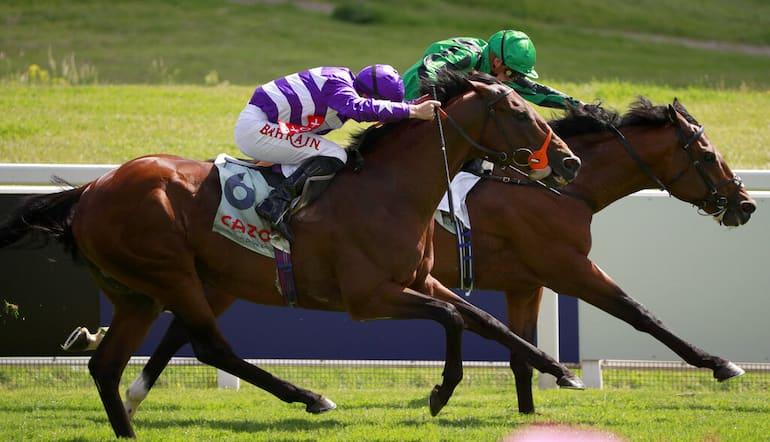 The Savills Chase at Leopardstown has had an array of names over the years including, the Ericsson Chase, the Lexus Chase and the Christmas Chase, since it was first run in 1992.

The race itself is run over a trip of three miles at Leopardstown Racecourse each December and is one of the most high profile races in the Irish jumps calendar, acting as a key trial for the Cheltenham Gold Cup in March.

Any horse that goes well in this Christmas Festival feature generally finds itself placed towards the head of the ante-post Gold Cup Cheltenham betting odds. Therefore as a punter, it is very important to take note of this particular event.

Over the past 30 years some great horses have made their way to Leopardstown at Christmas, including the likes of Beef Or Salmon, Best Mate, Denman and Tidal Bay who have all claimed the top honours.

Three-time winner Beef Or Salmon who made this race his own, while Denman lifted the trophy in 2007 before going on to be a Cheltenham Gold Cup winner just a few months later.

Prior to the race being run over its present distance in 1992, when it became known as the Ericsson Chase, the contest was known as the Black and White Whisky Champion Chase and had been run mostly over 2½ miles since 1986.

There are multiple leading trainers in the Savills Chase over the last 20 renewals with Noel Meade, Michael Hourigan and Paul Nicholls having all won the race three times apiece.

Noel Meade, Gordon Elliott, Willie Mullins and Henry de Bromhead have shared the last seven renewals of the Savills Chase between them.

Meade celebrated his third and fourth wins with Road To Riches and Road To Respect, while Don Poli and Kemboy have won for Willie Mullins.

Two jockeys lead the way in the Savills Chase over the last 20 renewals with those being Bryan Cooper and Jack Kennedy who have both won the race twice.

On the cold list is Davy Russell who has ridden in the race 14 times without recording any wins.

At the Irish racecourses, the Clonmel Oil Chase and the John Durkan are two contests that are often used as warm-ups for Leopardstown.

Another race to keep a close eye on each season is the Down Royal Champion Chase at the start of November. In the UK, the Ladbrokes Trophy can sometimes provide a few pointers.

Looking at the starting prices over the last 20 renewals, the biggest priced winner was Outlander for Gordon Elliott/Jack Kennedy at odds of 11/1 in 2016.

Over the last 20 renewals there have been a total of six favourites that have won the race.

Our 888sport antepost NAP of the day for the Savills Chase on December 28th is A Plus Tard @ 5/4.

Horse Racing Tips
About the Author
By
Alex McMahon