Ralf Rangnick is the interim Manchester United manager but who is he? We look at everything you need to know about the new MUFC boss... 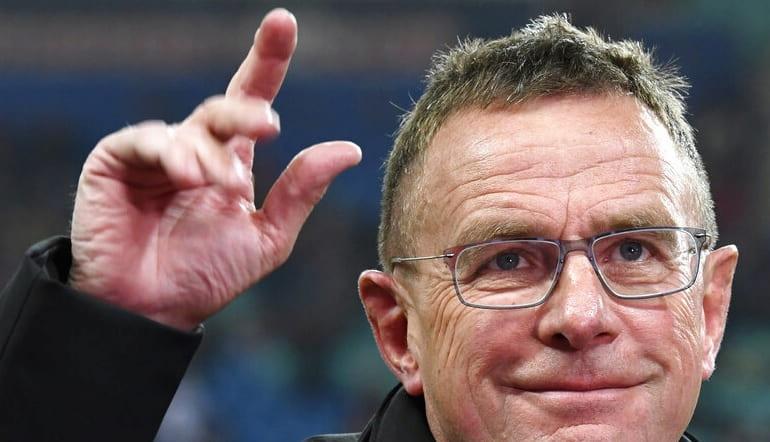 It is official: Ralf Rangnick is the new interim Manchester United manager. If you’re big into football betting, you might have heard the name at some point…

However, most English football fans took to the internet to search for the German when the news broke – who exactly is Ralf Rangnick?

The 63-year-old German has been selected to replace Ole Gunnar Solskjaer at the Theatre of Dreams and Rangnick could be the man to take United back to the top.

Despite reports linking Mauricio Pochettino and Brendan Rodgers with the job, Rangnick was always the preferred choice for the interim manager position.

Following his six-month stint as interim manager, Rangnick will move into a consultancy role at Old Trafford for an additional two years.

Here, we take a closer look at the new Manchester United boss and his life – both in football and away from the sport.

Born on 29th June 1958, Ralf Rangnick was raised in Backnang by parents Dietrich and Erika – who met each other in Lichtenstein in 1945.

His mother grew up in Poland while his father was born and bred in Konigsberg, eventually settling in West Germany to start a family.

How Much Is Ralf Rangnick Worth?

Having been involved in football management and associate positions for over 30 years, Ralf Rangnick has built up a lucrative net worth.

According to online estimates, the 63-year-old’s wealth is valued at $20 million – though that figure is sure to rise after his time at Manchester United.

Rangnick reportedly lives a luxurious lifestyle, with sources claiming he owns a number of sports cars and an expensive property haul.

However, Rangnick loves to give back to those who are less fortunate than himself and he helped set up a non-profit organisation called Ralf Rangnick Stiftung.

The organisation intends to look after children interested in science and technology while also focusing on teaching music and creativity.

According to the Daily Star, Ralf Rangnick will double his Lokomotiv Moscow salary at Old Trafford – with the German set to earn £3.8 million per year.

While the club put together a five-man shortlist for the position, United technical director John Murtough claimed that he was always the top priority.

“Ralf is one of the most respected coaches and innovators in European football,” Murtough said following the official press announcement.

“He was our number one candidate for interim manager, reflecting the invauable leadership and technical skills he will bring from almost four decades of experience in management and coaching.”

Rangnick never really broke out as a player, becoming something of a journeyman during his career. Never featuring in Bundesliga predictions, Rangnick has enjoyed more successful as a coach than a player.

Spells at VfB Stuttgart II, Southwick and VfR Heilbronn were relatively short-lived before an even shorter spell at Ulm 1846.

Happy enough playing in the lower echelons of German football, Rangnick began to develop his coaching resume as a player-coach for Stuttgart II and TSV Lippoldsweiler.

After biding his time in the lower divisions, Rangnick was handed the opportunity to manage Bundesliga side Stuttgart but was dismissed after a tough second season.

However, he enjoyed more success at Hannover. Rangnick led the club to Germany’s top flight before two decent spells at Schalke and a successful period at Hoffenheim.

He led Schalke to the German Cup, German Super Cup and Champions League semi-finals during his second stint at the club – firmly cementing his status as a top German manager.

Despite his extensive coaching resume, Rangnick stepped out of coaching to become director of football for RB Leipzig and Salzburg.

Rangnick’s impact and influence on the German club saw them climb the ladder, rising from the fourth division all the way to the Bundesliga.

Rangnick achieved great things at Leipzig, leading the club to the German Cup final and transforming them into Bundesliga regulars.

He opted to leave Leipzig in favour of AC Milan but that move collapsed and Rangnick then joined Lokomotiv Moscow last summer.

Premier League Tips
About the Author
By
Alex McMahon