Liverpool Mascot | Everything You Need To Know About Mighty Red!

Mighty Red is the official Liverpool Football Club mascot. Find out everything you need to know about the LFC mascot here! 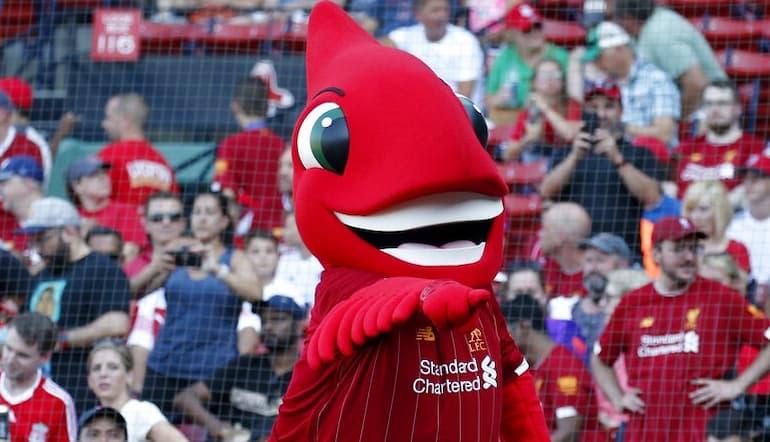 Mascots are a huge part of a matchday experience for any football club. From getting the crowd excited to interacting with young fans, an official mascot is a game-changer.

Bringing colour and laughter to a football stadium may seem a given but Mighty Red takes it to the next level, which is why he is regarded as one of the top Premier League mascots.

Prior to 2012, Liverpool FC was one of a small number of clubs who didn’t have an official club mascot. However, Mighty Red was an instant hit with the Anfield faithful.

Created with the city’s Liver bird icon in mind, Mighty Red is an ever-present around the ground on matchdays and he has witnessed plenty of success on the pitch in recent years.

If you enjoy a bet on football, chances are you’ll recognise the Liverpool mascot. While he isn’t as famous as Gunnersaurus, Mighty Red is everything you want in a football mascot.

Mascots aren’t everyone’s cup of tea but they are important for marketing and creating a brand – and that is where Mighty Red has come into his own from a business sense.

Young fans eagerly search for Mighty Red on matchdays while older supporters have also embraced the Liverpool mascot. An official club figure can only be positive for maximising the LFC brand.

Who Is Liverpool’s Mascot?

Introducing Mighty Red, the official Liverpool Football Club mascot since 2012. It is difficult to comprehend that Liverpool have spent most of their illustrious history without a mascot.

The iconic Liver bird character is now part of the furniture at Anfield though, with Reds fans keeping a close eye on his antics around the ground on matchdays.

Mighty Red was announced as the official club mascot following the Fenway Sports Group takeover in 2012, firmly putting the Liverpool icon on the map as a global figure.

As well as hyping the crowd, football mascots are particularly useful for brand enhancement and Mighty Red has been an excellent marketing tool for the Reds.

While this is predominantly from a business perspective, the financial implications of a club mascot can be astronomical for a football club – especially one that resonates with the wider fan base.

Mighty Red’s connection to the city of Liverpool is clear for all to see and the club opted to tie the mascot design in with their commitment to working with the local community.

Initially, the rumours suggested that Liverpool’s official club mascot would be purely for the marketing advantages rather than an on-field, physical presence at Anfield.

With Liverpool never having had a mascot before, the chances are the club’s choice of mascot was always going to divide supporters across Merseyside.

The general view from Liverpool fans wanting a mascot was that it gives the club identity on a global scale as well as enhancing the matchday experience for younger fans. 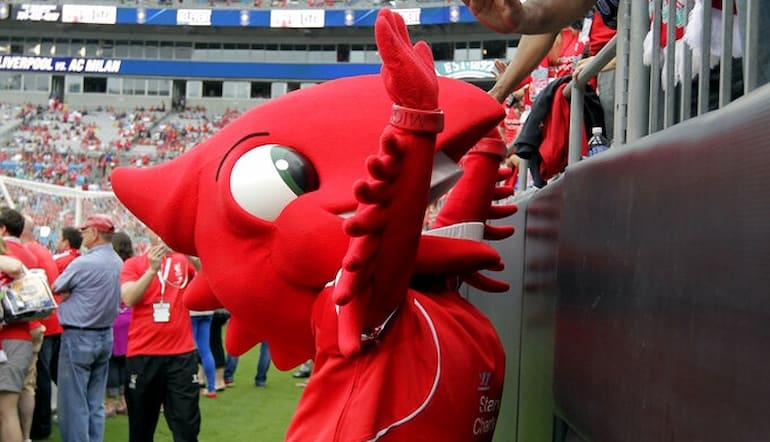 However, cynics claimed that children aren’t interested in an official club mascot and would rather watch players taking part in their pre-match warmups.

Despite arguments from both sides, the club opted to introduce Mighty Red as Liverpool’s official mascot and what a decision that turned out to be.

The Liverpool icon is a huge hit at Anfield, especially with younger Reds, and he has brought the club good luck since his arrival – dominating Premier League odds in recent times.

Will Mighty Red and the Liverpool squad be celebrating another league title come the end of the season? Only time will tell but the Liverpool mascot will have his fingers crossed!

Is Liverpool’s mascot simply just a marketing gimmick? This was one of the main arguments against a club mascot in Mighty Red’s early years.

Tradition goes a long way in football and the decision to allow Mighty Red to be part of the matchday experience went against the views of many Liverpool fans.

Critics claimed that creating a mascot for the purpose of marketing impacts the authenticity of the club – and that in itself is a fair enough statement.

However, Liverpool were only following the model from other successful clubs. The likes of Manchester United and Arsenal have remained authentic while pushing their club mascots.

Some fans believe that a mascot adds nothing to the matchday experience. After all, what are you more likely to remember – a selfie with Mighty Red or a Mo Salah winner?

Mighty Red’s impact hasn’t impacted Premier League predictions at Anfield but it has got supporters thinking about whether mascots are actually a necessity in football.

For the club hierarchy, an official mascot made complete sense. With almost every other Premier League side adopting an icon, Liverpool were lagging behind in that regard.

The likes of Fred the Red and Gunnersaurus Rex are renowned figures around the world, with fans instantly relating these figures to Manchester United and Arsenal respectively.

The merchandising opportunities created by a club mascot are too great to turn down, with a wide product line aimed at younger fans who have grown up during the Mighty Red era.

Nowadays, Mighty Red even has a social media presence – which would have been unheard of a decade or so ago. Follow him on Twitter via the @MightyRed_LFC handle.

Whether supporters like it or not, we are in a social media era and younger fans can keep up with the latest Mighty Red mascot news and updates via Twitter and Facebook.

If nothing else, this allows Liverpool Football Club to broadcast Mighty Red’s influence on local charities, community events and the matchday experience for a football mascot.

Premier League Tips
About the Author
By
Alex McMahon