Who is the highest paid player in the MLS? We look at the 10 players earning the biggest MLS salaries in 2022... 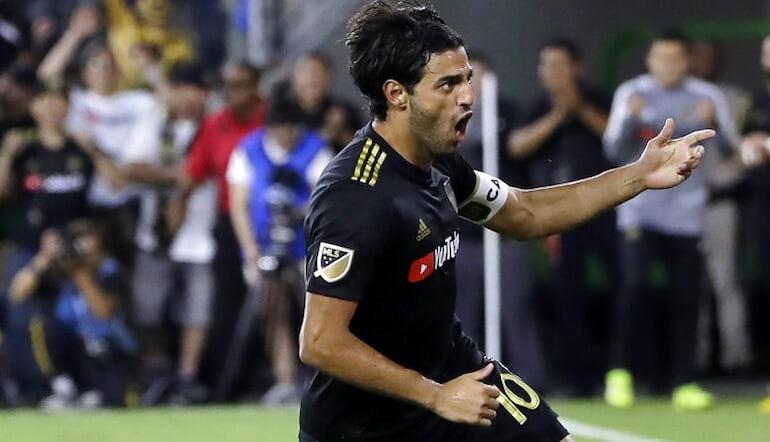 The amount of money in soccer is ridiculous. As many other sports take a hit during such uncertain financial times, soccer continues to thrive.

In fact, Major League Soccer is now one of the most lucrative sports competitions in North America – with millions of dollars exchanged every season.

Despite the league losing over $1 billion during the recent worldwide situation, the average wage for non-designated players in the MLS has doubled since 2016.

One of the biggest sports betting competitions on the planet, supporters enjoy the general style and speed of play in Major League Soccer.

With the game undoubtedly going from strength to strength in the United States, is it any wonder that MLS franchises are investing heavily in facilities and player salaries?

If you enjoy a bet on football, whether on the MLS or other competitions, then chances are you’ll be interested to hear about the highest paid players in Major League Soccer.

Without further ado, we dive into the biggest earners in the league – starting with 32-year-old Argentine forward Franco Jara…

After scoring goals for fun in Liga MX, FC Dallas splashed the cash to sign Franco Jara from C.F. Pachuca in 2020.

Despite his reputation as a prolific goal scorer, Jara ended the 2020 MLS campaign with just seven league goals – much to the dismay of Dallas supporters.

As one of the highest paid players in Major League Soccer, fans will be hoping for more of a return in the coming years…

Victor Wanyama enjoyed reasonable success during his time in the Premier League, playing regularly for both Southampton and Tottenham Hotspur.

Now plying his trade in the MLS, Wanyama is the highest paid Montreal player – with a salary that most Football Manager wonderkids can only dream of.

You have to question Montreal’s thinking here. Yes, Wanyama is neat and tidy but does he bring the ‘wow factor’ that other elite stars do? Not for us.

Incredibly, Maxi Moralez is NYCFC’s biggest earner – though the Argentinian has certainly lived up to the hype during his time in the Big Apple.

Since joining New York City FC in 2017, Maxi has been directly involved in over 75 goals and he is a huge fan favourite at Yankee Stadium.

The club’s greatest player over the last few years, NYCFC must begin to prepare for life after Maxi but for now, he remains one of the top paid MLS players.

One of the most frustrating players in the league, Rodolfo Pizarro has a plethora of talent but consistency has eluded the Inter Miami midfielder.

The Mexican international is on a lucrative MLS salary, earning $3.3 million per year in 2021, but his impact and influence on the pitch has been patchy.

It would be fair to say Inter Miami fans were expecting more from Pizarro this season and a contract renegotiation could be on the cards.

Once regarded as an elite talent in Major League Soccer, Jozy Altidore comes in at number six on this list of the highest paid MLS players.

Injuries have hindered his impact in more recent years but the numbers don’t lie: Altidore has scored 59 goals in 126 league games.

However, we could see Toronto decide to move on from the United States international in the not-so-distant future…

Quite possibly the best finisher in MLS history, Martinez has been the driving force behind Atlanta’s rise to power in recent years.

With over 80 MLS goals, the Atlanta legend remains an elite talent and he could be set for more success next year after finishing fifth as the MLS Comeback Player of the Year.

Alejandro Pozuelo lights up the league each week and the 2020 Most Valuable Player is well worth his $4.6 million annual salary.

One of the most exciting players in the league, Pozuelo has gone from strength to strength during his time at BMO Field.

Consistently featuring in the running for Major League Soccer awards, Pozuelo brings a wealth of experience to Toronto and he is a dominant figure in the league.

The Argentina striker was the highest paid MLS player in 2020 but Gonzalo Higuain has dropped to third in the latest rankings.

Higuain endured a slow start to life at Inter Miami but the former Real Madrid forward is starting to contribute on a weekly basis.

Fantastic for marketing purposes, Higuain is a massive figure for the Inter Miami franchise and he is likely to feature on this list again if he re-signs with the team.

The Mexico striker will be remembered as one of the greatest forwards in MLS history, with many touting Javier Hernandez as the 2021 Most Valuable Player.

‘Chicharito’ is a worldwide figure, having played for the likes of Manchester United, Real Madrid and Bayer Leverkusen.

$6 million per year is a huge sum of money but Hernandez is worth his weight in gold. He isn’t getting any younger but he is still performing at an elite level.

Easily the most consistent player in Major League Soccer over the past three seasons, Carlos Vela has helped to take LAFC to the next level.

Now earning $6.3 million per year, the Mexican international is the highest paid player in Major League Soccer – and he has more than earned his paycheck.

While his total wealth isn’t as high as Megan Rapinoe net worth figures, Vela remains the leading figure in the MLS.

Football Tips
About the Author
By
Alex McMahon