Who is the highest paid player in Major League Baseball? We look at the top 10 biggest earners in MLB this season... 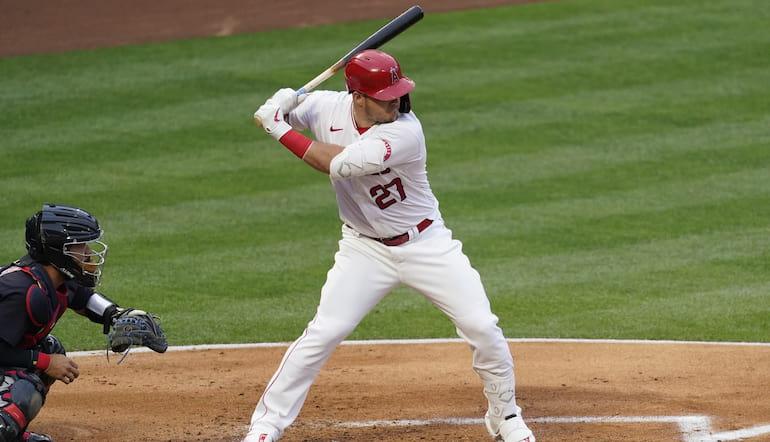 Those who embark on baseball betting will be familiar with the gruelling 162-game schedule, which is followed by a month of postseason action for the World Series teams.

The nature of team control and the timing of free agency means the highest paid MLB players are not always the most impactful names in baseball betting tips.

MVP contenders are often on league minimum or arbitration salaries, while the lengthy deals handed out to free agents means they can often become overpaid underperformers in the back end of the contract.

Four of the 10 highest paid players in 2021 spent considerable time on the injured list. None of these 10 were in the MVP race down the stretch, and only three made an online betting appearance in the playoffs.

Manny Machado’s free agency was a topic of excitement for years.

Alongside Bryce Harper, Machado hit the open market in his mid-twenties. That’s much earlier than most All-Star calibre players, and Machado took full advantage.

His solid 122 wRC+ for the year lines up with his career averages, and the Padres got elite defence at the hot corner as expected.

San Diego fell short in 2021, though, and the pressure is on Machado and co to contend next season.

The seven-year contract with the Boston Red Sox earned David Price a place on this list, even if he was wearing Dodger blue in 2021.

Price pitched just 73.2 innings this season after opting out of the 2020 campaign.

Boston paid $16 million of his salary each season after including him in the Mookie Betts trade.

With just one year left on his deal, it’s unclear how many Major League games Price will appear in.

The durability of Justin Verlander has been remarkable throughout his career.

That was until he required Tommy John surgery in 2020, which ruled him out of the 2021 season. 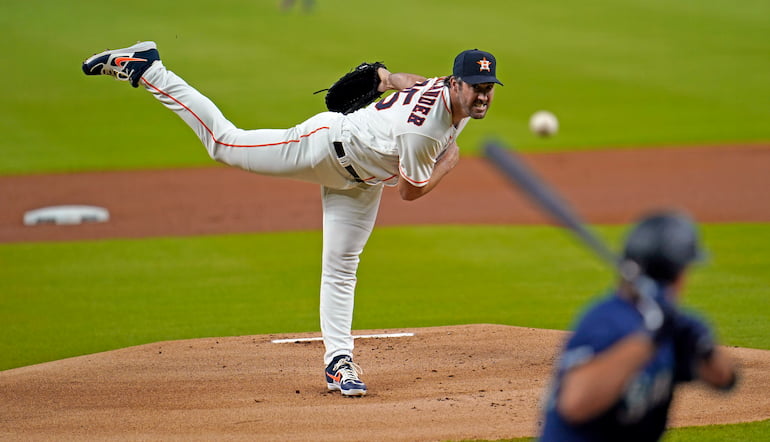 With the player-friendly nature of baseball contracts – at least when compared to the NFL – Verlander still received his full salary for the season.

The former Triple Crown winner is a free agent to be heading into his age-39 season. Planning on returning, Verlander is likely heading for a one-year deal coming off elbow surgery.

Another all-time great in the twilight of his career, Max Scherzer will join his former teammate Verlander on the free agent market this winter.

Scherzer is coming off another epic campaign with a 166 ERA+, but the season ended in frustrating fashion with shaky starts down the stretch and fatigue forcing him to pull out of the Dodgers’ final game of the season.

The former National is expected to re-sign with the Dodgers – will he gets his hands on the World Series trophy again?

Stephen Strasburg is also a former teammate of Scherzer. The 2009 first overall pick went into free agency after winning the World Series MVP and a title with the Nationals.

A massive seven-year, $245 million contract was the result. Strasburg has been plagued by injuries throughout his career, requiring Tommy John in his early-twenties, and his health has abandoned him again.

The hard-throwing right-hander made just seven starts across 2020 and 2021. With five more seasons on this deal, Strasburg will be on this list for years to come.

Greinke signed his big-money deal with the Arizona Diamondbacks following a 1.66 ERA season with the Dodgers in 2015. He was then traded to the Astros in 2019.

Greinke is the active leader in career innings pitched, and all those pitches seem to have started to take their toll.

He went on the injured list towards the end of the 2021 season and has been a non-factor for the Astros in their run to the Fall Classic.

Like his fellow veteran starters, Greinke is heading to the open market in his late-thirties.

With a declining strikeout rate and an ERA over four since the start of 2020, it remains to be seen how strong the market is for the former Cy Young winner.

The eight-year, $260 million deal Nolan Arenado signed with the Rockies was historic. It was a sigh of relief for the Coors Field fan base as they avoided their star man walk in free agency. 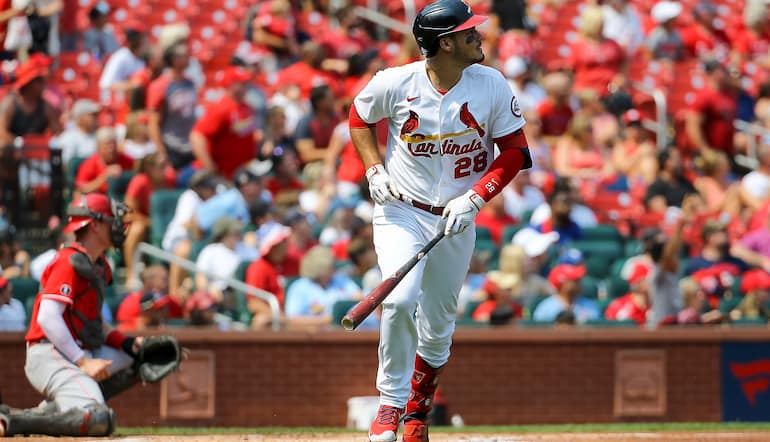 He was traded to the Cardinals in the 2020-21 offseason, and he will receive $35 million through 2024, when his base salary drops for the final years of his contract.

After a down year in the shortened 2020 campaign, the All-Star third baseman was back to his usual self at the plate in 2021 with a 122 OPS+.

Coming off consecutive top five finishes in the American League Cy Young, Gerrit Cole was a man in demand when he hit free agency after the 2019 season.

Cole, a boyhood Yankees fan, ultimately signed a deal with the most successful in World Series history worth $324 million over nine seasons.

The 2021 season was Cole’s worst since he left the Pirates. A big winter lies ahead for New York, and they are relying on another Cy Young calibre year from their ace.

Jacob deGrom was unhittable in the first half of 2021. The Mets ace posted a 1.24 FIP in 15 starts and looked in line to win MVP and Cy Young, but injuries derailed his campaign. 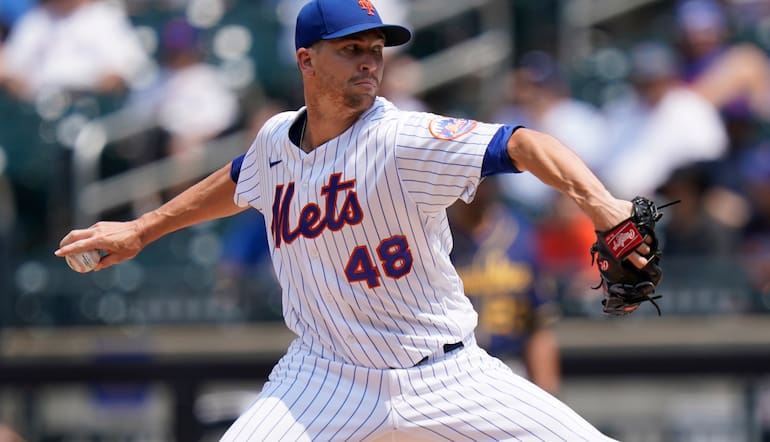 His injury status will likely decide whether he opts out, and the same goes for the team option in his age-36 season.

When healthy, deGrom is the best pitcher in the sport. The Mets are unfortunately accustomed to injury-riddled pitchers, though, and they’ll hope deGrom bounces back next season.

Mike Trout is second to only Albert Pujols in bWAR among active players, and he’s 75th all-time by the same metric.

The Angels were never going to let him walk. The Halos handed the three-time MVP the biggest contract in MLB history worth $426.5 million over 12 years.

Trout is simply the best player in the sport. He knows the strikezone better than anyone, including those on the highest MLB umpire salary.

He hits for power and average, he can run and remains a solid centre fielder as he approaches his thirties.

Injuries are becoming a worry for the Angels, though. Trout hasn’t played more than 140 games since 2016. MLB is better off when its best players are playing – let’s hope Trout can put in a full season in 2022. 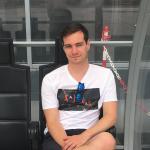