Our fantasy Premier League expert gives his thoughts on FPL chip strategy for 2021/22. Read more for when is best to use wildcard, bench boost, triple captain and free hit this season... 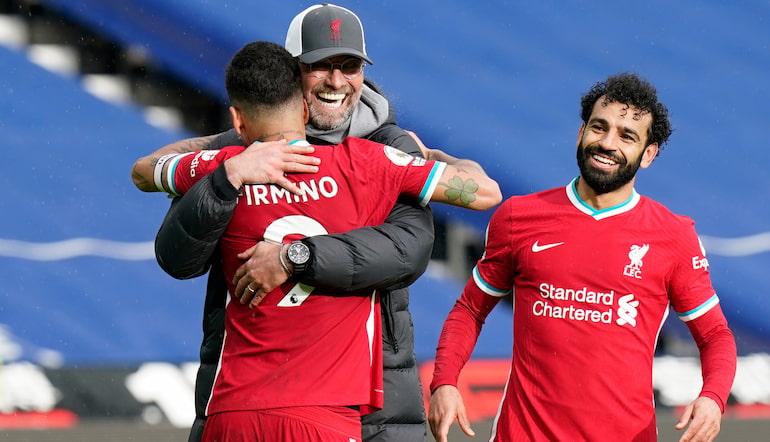 Knowing precisely when to activate your FPL chip is one of the most challenging strategies to successfully deploy if you hope to ensure the biggest bang for your buck!

Each fantasy manager will receive two Wildcards throughout each season, plus one Free Hit, one Triple Captain and a Bench Boost.

All of these chips have different uses, and there are no actual set tactics when best to deploy them; quite often, this can be determined by a managers’ unique situation and end game.

Whether you are going for overall rank or mini-league success, I will attempt to guide you through the fantasy minefield and help you understand and evaluate your position to maximise returns (hopefully!)

The consensus of those in the fantasy community is that the Wildcard is the most powerful chip at your disposal. In short, it is a total reset allowing you to start with a clean slate.

Once activated, you have until the upcoming game week deadline to make unlimited transfers without incurring any point hits.

You will receive two Wildcards: one which must be activated before the final game week in December, and another that can be deployed from the opening game week in January until the end of the season. If you do not use it, you lose it!

There are no incurred penalties for choosing not to use this chip, and there is no set date when the Wildcard ‘should’ be used as each situation will be unique to each individual manager.

As with any move in FPL, patience and planning are critical to a successful Wildcard.

Early deployment can be seen as a knee-jerk reaction. Managers’ who have been swayed by pre-season results as player performances fail to materialise in the cut and thrust of the Premier League.

In contrast, others may fear being cut adrift during the opening weeks. However, speedy deployment also allows you to jump on early-season trends using team and individual player data.

Others prefer to adopt a more strategic approach, using the Wildcard to navigate difficult fixture periods.

For example, the busy Christmas schedule allowing you to capitalise on those teams with a nice run of games heading into the New Year. The best advice I could give: do not be reactionary.

A poor start to the campaign may not necessarily mean a poor selection. Harry Kane has struggled historically in August, for whatever reason, but the striker ended up as the highest scoring attacker in 2020/21.

Do your due diligence and believe in the process! After months of tinkering and tweaking during the off-season, try not to let a run of bad gameweeks deter you.

However, be flexible, and be prepared to adapt: this is survival of the fittest, and things rarely go as expected.

Do not have a fixed notion of how the season will pan out: if your team performs well, then it may not make sense to use a chip. Hold out for better opportunities down the line when you can look to ram home your advantage.

During these uncertain COVID times, there could be an occasion when injury, illness or suspension may mean you have to deploy your Wildcard in order to have a starting XI.

But this is precisely what the Wildcard is for! It is there to help you in extreme and unexpected circumstances or to give you that tactical edge over your opponents.

In the second half of the season, many Wildcards are used to help navigate safely around domestic cup competition.

Either to mitigate the risk associated with a Blank game week or for managers’ to tee up a potential monster points haul by using Bench Boost or Triple Captain ahead of a Double.

One final word of warning, though, concerning the power of the Wildcard. While early deployment can help you exploit player price rises, be careful when considering your options for transfer – make sure you are 100 per cent locked in before making the switch.

You may be holding a player who is valued significantly higher than when he started the season. If you move them out, bringing them back into the fold will be at the higher market price, which will reduce your funds and team value overall.

Playing your Bench Boost means that points, which are accumulated by your substitutes, will be included in your game week total.

This can be used once per season, and managers’ typically focus on using this chip during a double game week. The tactic is to plan transfers by identifying those sides with more than one game within the same round and load up on their players.

Therefore, the Bench Boost does require some thought and planning if you want to ensure the best possible returns, but doing it right can be hugely rewarding with the possibility of up to 30 chances to register points in a single round: 11 starters and four substitutes with each playing two fixtures!

Keeping your Bench Boost chip until late into the season means that you should have the benefit of a higher squad value, which in turn could mean a better calibre of reserves.

Sometimes, the savvier among us will use the Bench Boost in conjunction with a Wildcard across consecutive gameweeks, ensuring their squad is set up for the best possible outcome by getting rid of unwanted players and jumping on those with two favourable fixtures in the double.

The chip that seems to generate the most excitement within the community, although in reality, the captaincy pick is nowhere near the same level of importance as the Wildcard - you only gain an additional 50% on your captaincy choice.

Of all the chips, your Triple Captain selection requires a large slice of luck. Typically, the tactic is to use the chip during a double game week to maximise returns and reduce the risk of your skipper blanking: two opportunities to return big outputs.

But, a word to the wise… do not become fixated on deploying your TC in a double game week and risk overlooking a clear and obvious single round pick. Consider form, fixture, circumstances and always look at the likelihood of rotation.

The Free Hit, aka the Cinderella Chip, is a one-week, get out of jail free punt allowing you to make unlimited transfers ahead of any given round.

Think of this chip as a temporary Wildcard that will reset once the game week has passed. Once activated, you are permitted to make unlimited moves, but your team reverts to its pre-chip line-up once the round is completed.

The chip is especially great to navigate around tough Blank Gameweeks allowing you to load up on players you wouldn’t ordinarily consider: those who hold little appeal over the long-term but will benefit your team in a specific round.

Using this chip will save you from wasting precious transfers, and it will not affect your team value!

Once activated, there’s no going back… it cannot be cancelled.

So, in summary, there is no one size fits all Golden Rule for when to deploy any of your chips or use a Wildcard. Consider your options and individual circumstances and make an informed decision based on getting the most from your choice. Good luck!

Fantasy Premier League
About the Author
By
Ben Dinnery 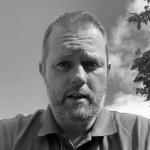