eSports Betting Tips: Everything You Need To Know

Looking to place a bet on eSports? Check out our top eSports betting tips ahead of the biggest gaming events 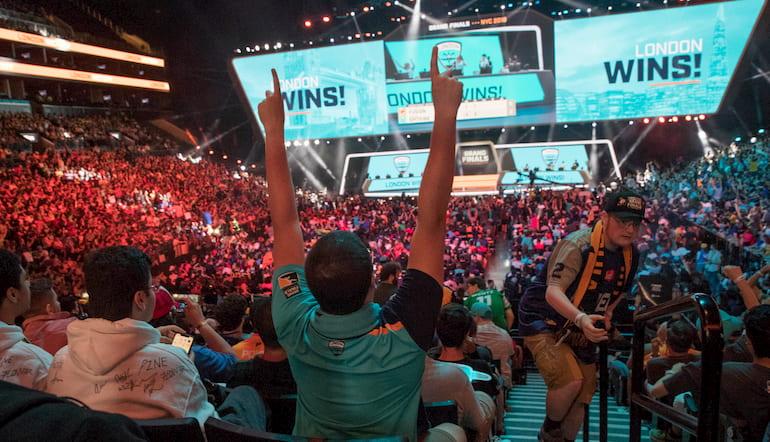 The rise of eSports has been incredible to watch. The industry has gone from strength to strength in recent years, with stadiums now hosting multi-million-dollar eSports events.

We’ve seen a huge influx of talent in the eSports sector – with thriving team events helping to increase the status of competitive gaming.

Betting on eSports is now more popular than ever before, with major tournaments taking place on a daily basis and eSports tips today can be found on a range of websites.

Online gaming is popular around the world and the biggest eSports tournaments are often watched by millions of fans through Twitch, YouTube and other streaming websites.

As eSports continues to grow and develop, the stigma that was attached to the industry is vanishing. People are starting to fully appreciate the skill that is involved in eSports.

Without further ado, it is time for our top eSports betting tips. Whether you are a gaming novice or an eSports expert, 888sport’s eSports guide can take your game to the next level.

Betting on Esports may seem unusual to the traditional sports fan but it is one of the fastest growing sectors in sports betting. In fact, bookmakers are taking notice of the rise in eSports betting tips and now offer markets on a range of competitions and events.

Furthermore, the chance to bet on specific eSports markets is also helping to pique interest in eSports betting. In years gone by, punters have been able to bet on the outright winner of an event but eSports odds have opened up in recent times.

With the chance to bet on a number of markets, including but not limited to Most Valuable Player, correct score and for which team will top the group stages, eSports betting is on the rise and it is only going to grow further as the sector develops.

You don’t need insider betting tips to bet on eSports – the concept is exactly the same as betting on traditional sport. However, there are a few ways to improve your eSports betting experience when it comes to placing a bet.

Casual eSports viewers should follow the latest eSports odds and tips before betting on any event. Ultimately, eSports betting is still niche and only the best eSports tipsters are worth following – though you should always trust your own judgement.

As eSports continues to grow in viewership, eSports betting will also experience an increase in numbers. It is undoubtedly exciting to bet on, whether you’re placing an in-play bet on a solo Fortnite contest or a team to win an upcoming FIFA 20 competition.

With eSports events taking place 24 hours a day, seven days a week, there are plenty of chances for punters to get involved in eSports betting.

Daily esports betting tips and odds can be found with most major bookmakers, with the biggest esports odds today taking centre stage.

As is the case in traditional sport, punters often search for the most lucrative tournaments in advance in order to try and take advantage of favourable eSports betting markets.

The International is the biggest eSports competition of the year, with a total prize fund of $34.3 million in 2019.

Dota 2 is up there with the likes of League Of Legends, Fortnite and FIFA when it comes to eSports betting and it is extremely popular with fans from all over the world.

Another event to look out for is the FIFA eWorld Cup. Arguably the biggest beneficiary from events in 2020, the eSports soccer sector has gone from strength to strength.

Each year, punters try to make their soccer expert prediction on the winning player and it is one of the highlights of the eSports betting calendar.

Daily eSports tips are now widely available around the world and keen gaming fans can find various eSports betting guides to help with any questions.

You don’t need to be an eSports expert to know that League Of Legends is one of the most popular games in the industry. With daily LOL betting tips available around the world, it ranks as one of eSports’ biggest games.

Nearly two million people tuned in for the 2019 League Of Legends World Championship final in Paris – and that is despite a 4am start time for North America eSports fans. This in itself shows how popular League of Legends predictions are.

Punters can find League of Legends tips ahead of the biggest events. The 2019 LOL World Championship prize pool was smaller than that of 2018 but it still ranked as the sixth most lucrative eSports tournament of the year.

If you are betting on League Of Legends, keep an eye out for T1 eSports star Lee “Faker” Sang-hyeok. The most successful LOL player of all-time, he has won three world titles and is a nine-time League of Legends champion in his native South Korea.

As previously mentioned, the FIFA eWorld Cup is widely regarded as the biggest eSports event in soccer. With over $250,000 awarded to the winning player, the stakes are high for competitors.

eSports soccer competitions have flourished in 2020 and you can now find soccer tipsters prediction picks on major eSports fixtures. Daily eSports soccer tips can be found on a range of e-Soccer events.

While e-soccer gamers rarely feature in the highest earning eSports players, FIFA and Pro Evolution Soccer give professional gamers the chance to make a living by playing video games.

In 2020, UEFA changed the game by broadcasting the eEuro 2020 tournament live on YouTube. Italy were crowned inaugural European champions, with $40,000 awarded to the four Italian players.

The number of credible eSports websites has increased in recent years though eSports tips are still relatively niche in comparison to news pages.

That could change in the near future though as the biggest eSports tournaments gain more traction – most bookmakers now offer odds on major eSports competitions.

As is the case with football betting, there are a few designated eSports betting websites that are well worth a look though it always pays to do your own research.

With traditional sports teams starting to invest in eSports, you can also find information via unexpected sources. FC Schalke’s investment in the lucrative League Of Legends is a prime example of a professional football club expanding into a thriving industry.

However, the best place for eSports tips is here at 888sport. With cutting edge news and the latest eSports odds, why would you want to bet on eSports anywhere else?